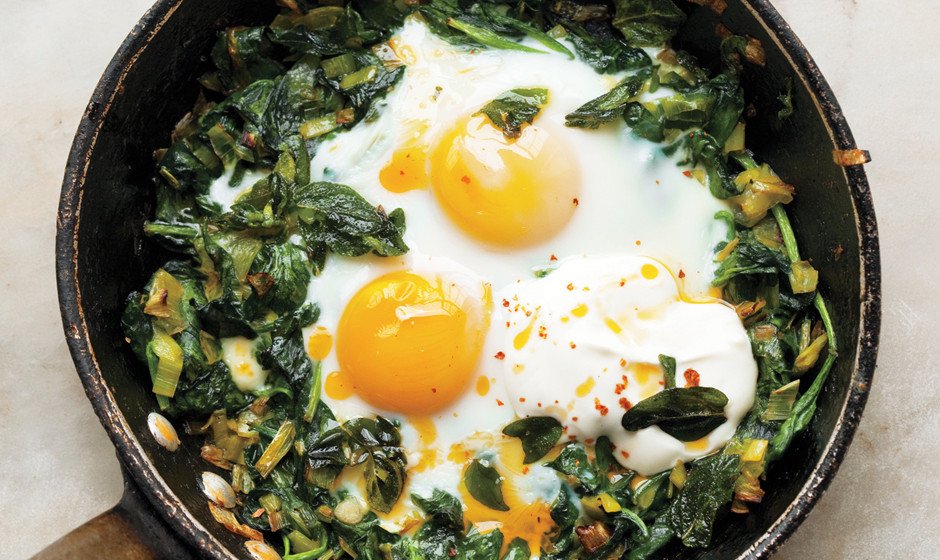 Skillet-Baked Eggs with Spinach, Yogurt, and Chili Oil : “American and British cooks don’t know how far you can take an egg dish,” chef Yotam Ottolenghi says. Here, he deftly elevates it to a different realm by flavoring spinach with melted leeks and scallions, baking eggs on top, and finishing with a dollop of yogurt and a drizzle of butter spiced with a smoky Turkish chili powder known as kirmizi biber (though crushed red pepper flakes will also work). Serve the dish in one large skillet or two small ones. “It’s always nice to surprise people,” he says.