Link Between Sugar, Insulin, Keto & Cancer Explore By US researchers

The groundbreaking work of US cancer researcher Lewis Cantley, PhD, linking the ketogenic diet to an anti-cancer drug, is receiving prominent coverage in the medical media.

Dr. Cantley, who is based at Weill Cornell Medicine in New York City, is leading a research program in which a powerful anti-cancer drug is paired with the ketogenic diet in effort to starve cancer cells of the glucose and insulin they need to grow and spread. His work, now in clinical trials with women with endometrial cancer, was detailed in a new feature in The Medical Express this week.

Medical Express: Increasing evidence of a strong connection between sugar and cancer

A number of years ago, Cantley discovered a special enzyme, called PI3 kinase, which some are calling “the master switch for cancer.” As the article notes:

It turned out that the gene that encodes PI3K is the most frequently mutated cancer-promoting gene in humans — and in the years since Dr. Cantley’s revolutionary discovery, it has been implicated in as many as 80 percent of cancers, including those of the breast, brain and bladder.

Cantley is touted to be in contention for the Nobel Prize in medicine for his discovery. But now Cantley and his team have created drugs that inhibit PI3K. However, their research also found that despite the new drug’s ability to inhibit PI3K, the continuing presence of high insulin drives further cancer growth. How to get the insulin levels down? The ketogenic diet!

His groundbreaking work, in which PI3K inhibitors plus the ketogenic diet shrank cancers in mice, received prominent coverage in pre-eminent journal Nature in July 2018. Now the work has moved into clinical trials in humans.

In December, Dr. Bret Scher wrote about this promising avenue of research in a column for Diet Doctor. Dr. Scher’s post was a summary of a larger piece written by famous oncologist and author Dr. Siddhartha Mukherjee in The New York Times Magazine, which also describes Dr. Cantley’s ground-breaking work. Mukherjee was a co-author with Cantley on the Nature publication and a leading clinical researcher involved in the clinical trials of keto plus the PI3K inhibitor.

Said Dr. Scher of the work, and Mukherjee’s involvement:

How wonderful that this mainstream trial is about to get underway, especially with a curious and open-minded researcher at the helm. Knowledge is power, and shining the bright light of mainstream attention and resources on the potential of keto diets as an adjuvant cancer therapy is very good news indeed.

In a second story in the medical news this past week, a team of researchers, including post-doctoral fellows who had been working in Cantley’s lab at Weill Cornell Medicine, has discovered that high-fructose corn-syrup increases intestinal tumor growth in mouse models of colon cancer. The cancer growth was independent of obesity in the mice.

The study was published in the leading journal Science this past week. While the team of authors conclude the results are too early to translate into human cancer growth “these mouse studies support the hypothesis that the combination of dietary glucose and fructose, even at a moderate dose, can enhance tumorigenesis [tumor growth].”

In short, while much more research needs to be done, these are exciting times for novel cancer research, helping us better understand the role of glucose and insulin in cancer growth and using the ketogenic diet as a potentially powerful addition to new cancer therapies. Sugar and all its processed forms hide in more foods than most people realize.And if you’re not paying very close attention, these hidden sugars could be one huge factor holding I spent my morning creating this Low Carb Food List Printable for anyone that struggles with low carb foods and menu planning. As a blogger, I write about what works 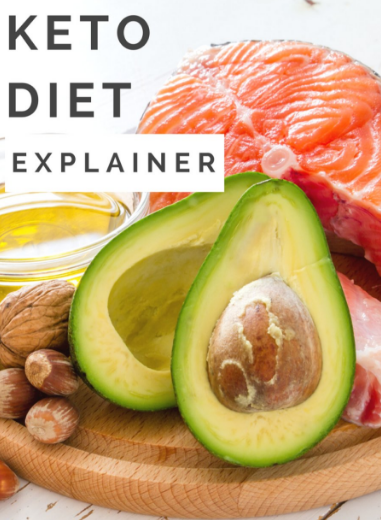 When you’re trying to lose weight, get into shape or manage a condition like type 2 diabetes, it can be confusing to choose from the 20 different diets that all